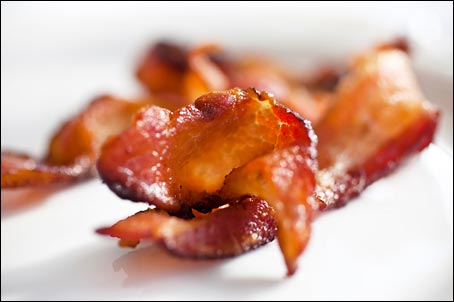 The next day, as far as she could tell, was Sunday.  They woke late and ate breakfast in bed, dawdling over spongey cakes and bright fruit.  Francesca had been dying for crispy bacon and was surprised, when she ordered it, that Selim ate most of it.

“I didn’t think you ate pork,” she commented.

He reached for the pack of Marlboro reds on the bedside table and waved it at her.  “I don’t smoke, either,” he replied, pulling a cigarette from the pack and placing it between his lips.  He grabbed his bathrobe as a gesture at decorum and stepped out on the balcony to smoke.

She watched him through the tall windows, silhouetted against the sheer curtains.  He offered her the world last night.  He promised to satisfy her–more than satisfy her.  Her life before Wednesday seemed a fading dream; vague snippets of sports broadcasts and cheering fans, the scent of muscle rub and Acqua di Parma and Amstel Light, the low growl of a Maserati.  When she got off the plane in Milan, she would be returning to something entirely different than what she’d left.

Watching Selim, she wasn’t afraid.  She almost felt prepared.  The scent of his cigarette smoke wafted into the bedroom on a cold draft and nauseated her; she ran naked into the bathroom and vomited bacon and fruit and cake.  Before she realized it, Selim was behind her, holding her hair, with a towel at the ready.

“Maybe it was the bacon,” he said wryly.

He helped her to her feet and held her elbow as she stood shakily.  “I’m not sure what happened,” she said.

“You just need to rest,” he answered, guiding her back to the bed.  “I must have tired you out last night.”

She batted him weakly.  “If that’s what you want to believe,” she replied.